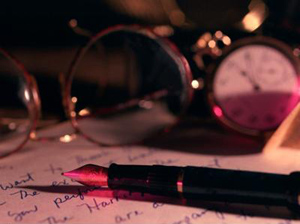 There are several types of wills:

Holographic wills are hand-written wills. State laws vary regarding their validity. Holographic wills must be signed by the writer and are unwitnessed. They are often ambiguous or defective and may cause delay, expense, and litigation. It is wise to consult an attorney before writing your own will.

Oral wills are also called nuncupative wills. An oral will is spoken and not written down. Only permitted by a few states, oral wills are typically made during a last illness and for personal property that is small in value.

Next: Will Kits and Forms >>

a. What Constitutes a Valid Will?
b. Types of Wills
c. Will Kits and Forms
d. Assets in a Will
e. Changing a Will
f. Dying Without a Will

VII. Personal Representative: To Carry Out Your Wishes

IX. A Trust: Who Needs One?

X. How to Hire and Work with an Attorney

Prepare Your Estate Plan belongs to a series called Legally Secure Your Financial Future. The series also includes information to help you organize important household papers and to communicate your health-care wishes.