How to Make Required Minimum Withdrawals from Retirement Savings Plans 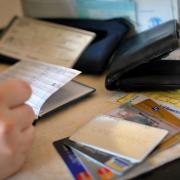 “RMD.” What do those three letters mean to you? If you’re retired and in your seventies or older, they mean a lot. “RMD” is an abbreviation for “required minimum distribution.” This is the amount of money that investors age 70½ and older are required by the IRS to withdraw from tax-deferred retirement savings plans such as Traditional IRAs, simplified employee pensions (SEPs), Keogh accounts, and 401(k) and 403(b) plans. An exception to the RMD requirement is Roth IRAs, which are funded with after-tax dollars (i.e., income that has already been taxed) and for which RMDs are not required.

RMD withdrawals must be taken regardless of whether someone actually needs the money or not. If retirees do not need the money for daily living expenses, they can invest the after-tax proceeds of a retirement account withdrawal in a taxable account (i.e., an account that is not part of a tax-deferred retirement savings plan). This way, the money can continue to grow for future retirement income needs. Other options include donating the money to charity to receive an income tax deduction, making a gift to family members, and using the money to open a Roth IRA if a retiree is still working and has earned income.

RMD rules are serious business. If you don’t understand the tax law regarding calculating required minimum withdrawals, you might want to consult an accountant or other professional tax advisor. The penalty for not withdrawing the proper amount is 50% of the amount that should have been withdrawn, but wasn’t. For example, the penalty would be $2,000 for taxpayers who are supposed to withdraw $4,000. The money that is withdrawn is taxed as ordinary income at a retiree’s applicable income tax bracket.

The only exception to the RMD beginning age of 70½ is for workers who are still working for a company where they have a retirement savings account (e.g., 401(k) or 403(b) plan). They can delay their beginning withdrawal date until April 1 of the year following the year that they retire as long as they do not own more than 5% of the business that sponsors the retirement plan. This is called the “still working exception.” However, this exception only applies to workers’ current tax-deferred employer savings plan. Distributions will still be required from IRAs and tax-deferred plans from previous employers.

For all others, the first RMD can be taken as late as April 1 of the year following the year that someone turns 70½. For example, if you turned 70 on November 1, 2011 and 70½ on May 1, 2012, you must take your first RMD no later than April 1, 2013. If you postpone your initial RMD until the following year, however, you will have to take two distributions during that first year. Therefore, for most people (unless they expect a big drop in income), it is preferable to take the first RMD in the year that they turn 70½ so that withdrawals are spread over two tax years rather than bunched up into one, which could result in paying taxes in a higher marginal tax bracket.

How do you determine your RMD so you are sure to withdraw enough money to comply with IRS rules? Fortunately, RMD rules have been greatly simplified in recent years. Follow these five steps:

1. Determine the distribution year. The account balance used to compute the RMD is based on the balance in a person’s retirement account on December 31 of the previous tax year.

2. Calculate the account balance. Gather statements with information about the balances in retirement accounts. An exception is Roth IRAs, where withdrawals are tax-free if an account has been open for at least 5 years. IRA accounts can be combined for the purposes of this calculation. In other words, account balances can be combined and the RMD taken from any one account or combination of accounts. The same is true if someone has multiple 403(b) plans (i.e., retirement savings plans for teachers, college professors, and other non-profit sector employees). 403(b) plans cannot be combined with IRAs, however. In addition, distributions must be taken separately from individual 401(k) plan accounts (i.e. retirement savings plans at corporations for private sector employees) and 401(k)s cannot be combined for the purpose of taking RMDs.

3. Look up the life expectancy factor on which RMDs are based. It is based on your age at the end of each tax year. A copy of the IRS Retirement Plan Uniform Distribution Table can be found on the IRS Web site at www.irs.gov. Look for Publication 590 in the “Forms and Publications” section. This table is also available in the “Resources” section of the Rutgers Cooperative Extension “Money and Investing” Web site at http://njaes.rutgers.edu/money/ira-table.asp.

This article has described required minimum distributions. Retirees can always withdraw more than this amount, however, as their living expenses require. Caution should be taken, however, to avoid outliving invested assets. After age 59½, retirement plan owners can withdraw as much money as they want from their tax-deferred accounts without having to pay a 10% penalty. Distributions can be taken in any manner that an investor sees fit as long as the minimum RMD amount is withdrawn annually. Specific methods include small regular monthly amounts or large lump sum withdrawals at the beginning or end of each tax year.

Of course, income taxes are due on the portion of RMDs attributable to pretax contributions and retirement plan earnings. After all, this money has been sheltered from income taxes, often for several decades, and the IRS eventually wants a piece of it. Advance planning with a professional tax advisor may in order to make sure that income tax withholding is adequate. The portion of withdrawals coming from non-deductible contributions is not taxed, however, because taxes were previously paid on this money before it was deposited into a retirement savings account (e.g., non-deductible Traditional IRAs).

Photo by morgan / CC BY